Aftermarket Performance motorcycle exhausts: Are Branded exhausts worth the money for the benefits that they provide? 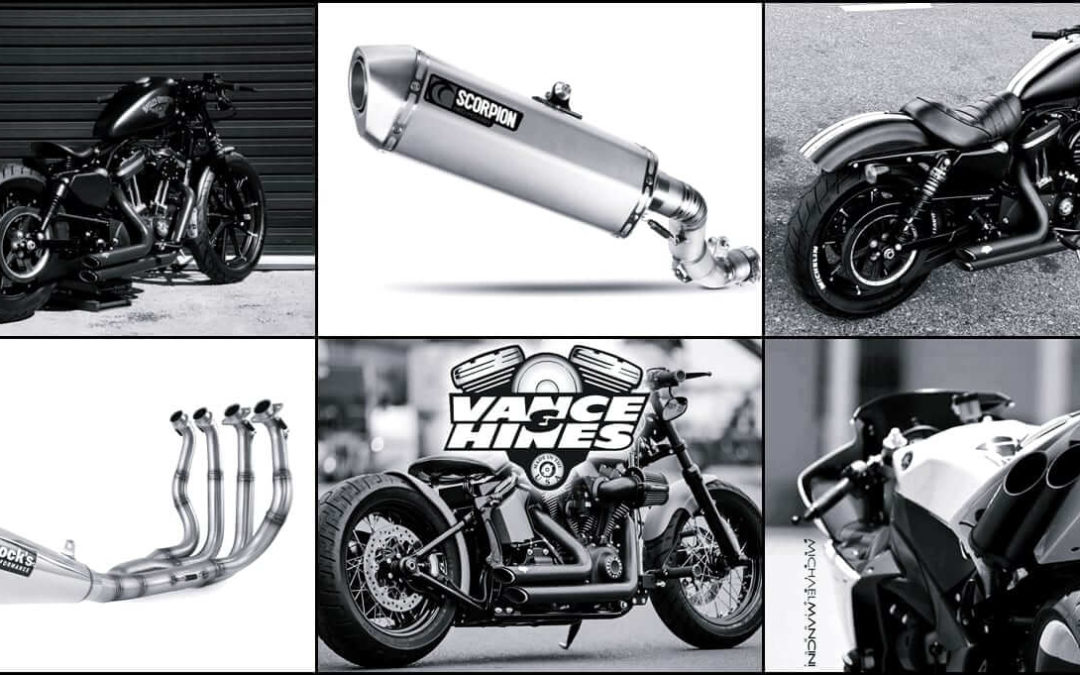 Having been in the motorcycle industry for nearly 2 decades I have had some reasonable tie to take note of what sells and what doesnt sell in terms of products,accesssories and motorcycle parts. Back when we started the business in 2007 we actually formed the business based on an entirely different product structure – We were going to try and sell big wheel Superbike kits which essentially would covert your bike into a big clad of metal and give you that so called fat tire look. Well we launched the business and it didnt work – We had loads of enquiries regarding this never before seen in South Africa big wheel kit but nobody had the cash to afford the product plus the handling sacrifice that would occur from installing such a kit was rather severe.

That being said me and my father sat there scratching our heads but fortunatly at the the time my father had picked up an International Exhaust brand for motorcycles called Taylormade Exhausts. Now Taylormade made exceptional carbon fibre moto gp style exhausts at the time which were totally unique in design and weighed nothing so loads of people started buying Taylormade motorcycle exhausts from us. This was essentially our first introduction into selling products within the South African motorcycle market and we had never even reallly planned on selling exhausts it wasnt part of our business strategy. So now in 2021 we have had a good deal of experience selling different International brands of motorcycle exhausts for Harley Davidson and Sportbikes – In act all motorcycles really.

Roxstar Performance in a way grew to become well mainly an exhaust supplier within the South African Market. We sold and still do sell loads of exhausts so we thought it would be a good idea to put some pen to paper and justify whether we think aftermarket exhausts are really worth their bang for there buck or are they simply more of a fashion fad that is way over priced. Im sure many of you would love to get more information before laying down between R7K – R15K and even upwards on a performance slip on exhausts or ful system exhaust for your motorcycle.

So let me try to break it down in simple terms and keep to the basics of what our customers have reported back to us about their purchases and whether they have been happy. Have they felt let down after spending the cash or do they find pure satisfaction in what the aftermarket performance exhaust industry has to offer. Ultimatly from a marketing perspective I guess we simply need to ask: Is value being created and value is created when the perceived benefits are greater than the perceived costs of aquiring a product and in this case the cost of a maftermarket motorcycle exhaust is not cheap so the benefits had better be high. 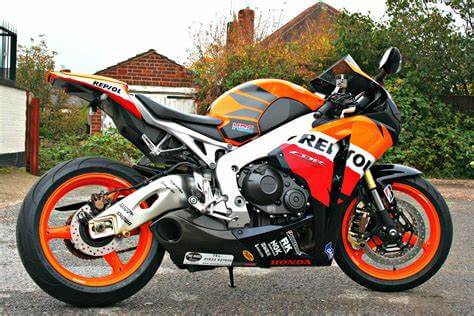 Feedback from our Customers – Regarding their Branded Motorcycle Exhaust purchases

Now im going to try and be as honest as possible here. No really I am because I think we have dealt with enough customers and although we sometimes dont hear from customers after they have made their purchases we quickly get a vibe as often when a customer is happy you will get a referal especially in the bike business. Word of mouth is the most powerful form of advertising and the same applies for the exhaust market. So without having to delve into any heavy research papers and give you exact stats and statistics etc I can say that since 2007 when we started selling motorcycle exhausts well we have had a generally outstanding success rate in terms of customer satisfaction. The market has been through many ups and downs but in general customers have been delighted in their purchases. Yes we have had certain brands that caused headaches when we first started we had an exhaust called the slash cut exhaust which we tried to market but the thing was just a pile of shit to be honest and we ended up repaying alot of the customers.

1: Afetrmarket Motorcycle Exhausts and the benefits of ….. SOUND!

But from a feedback perspective – purely feedback customers have been happy about the following aspect and I think this is where they get the biggest enjoyment – Its the sound that the aftermarket branded exhausts make compared to standard exhausts and this applies to whether its on a superbike or a V Twin / Harley Davidson. Just the sound alone makes the bike feel twice as fast and that I would say is benefit number 1 even though people always talk about hp and torque gains I personally believe and have seen the delight in our customers eyes due to the increased and more amazing sound that a Vance and Hines or Scorpion Performance exhaust will give your bike. To be honest the standard exhausts just sound shit. Really I don’t mean to be nasty but come on what is wrong with the guys over at the manufacturers facilities for the different brands do they really have to make a Harley Davidson sound like it does with a standard exhaust. I understand emission laws etc but surely with so many years of technology behind them they could have made a plan. By the way Im not complaining here I am actually rejoicing in this fact as it opens a market for guys like us to sell 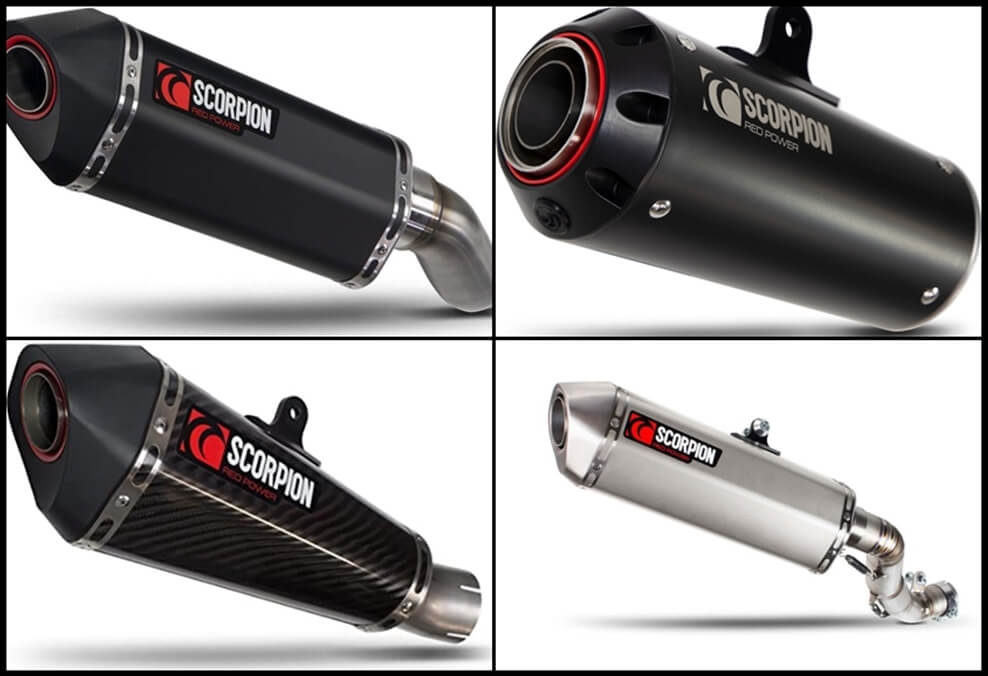 Please note before reading further this is entirely my opinion and may not be the consensus among everyone and ill even admit its a touchy subject especially with the way motorcycles are brought out today. From a general and very general perspective based on the years in the industry I am gonna put my neck on the line and say yes…. but hold on I am also gonna say I have seen situations in which power has actually not been increased and even situations in which power has dropped. Very rarely and yes the exhaust was not up to much in terms of its actual quality but that being said its a yes – no – maybe kind of answer im giving.

In most of the situations I have seen when installing a full system exhaust for your Harley Davidson such as a Vance and Hines or a Bassani Exhaust – full system – then ive mostly had positive feedback from customers claiming they were happy with the results. Now im not a technical guru but I will say I personally feel that the results are fairly minimal compared to the kind of results that could be achieved if the customer is prepared to go a step further and look at redoing or remapping the fueling on his / her bike. It is in my opinion essential to get the balance between fuel and air ratio correct to yield any real major hp and torque changes. Thats my 2 cents at least. But I will still leave this here and say yes you can achieve a gain in hp by installing say a Vance and Hines or a Scorpion exhaust but you will not get as much gains as you may think and I would advise getting your bike a fuelpak or related kind of air fuel module and having it professionally tuned for maximum and notable performance in hp and torque from your motorcycle exhaust add on. 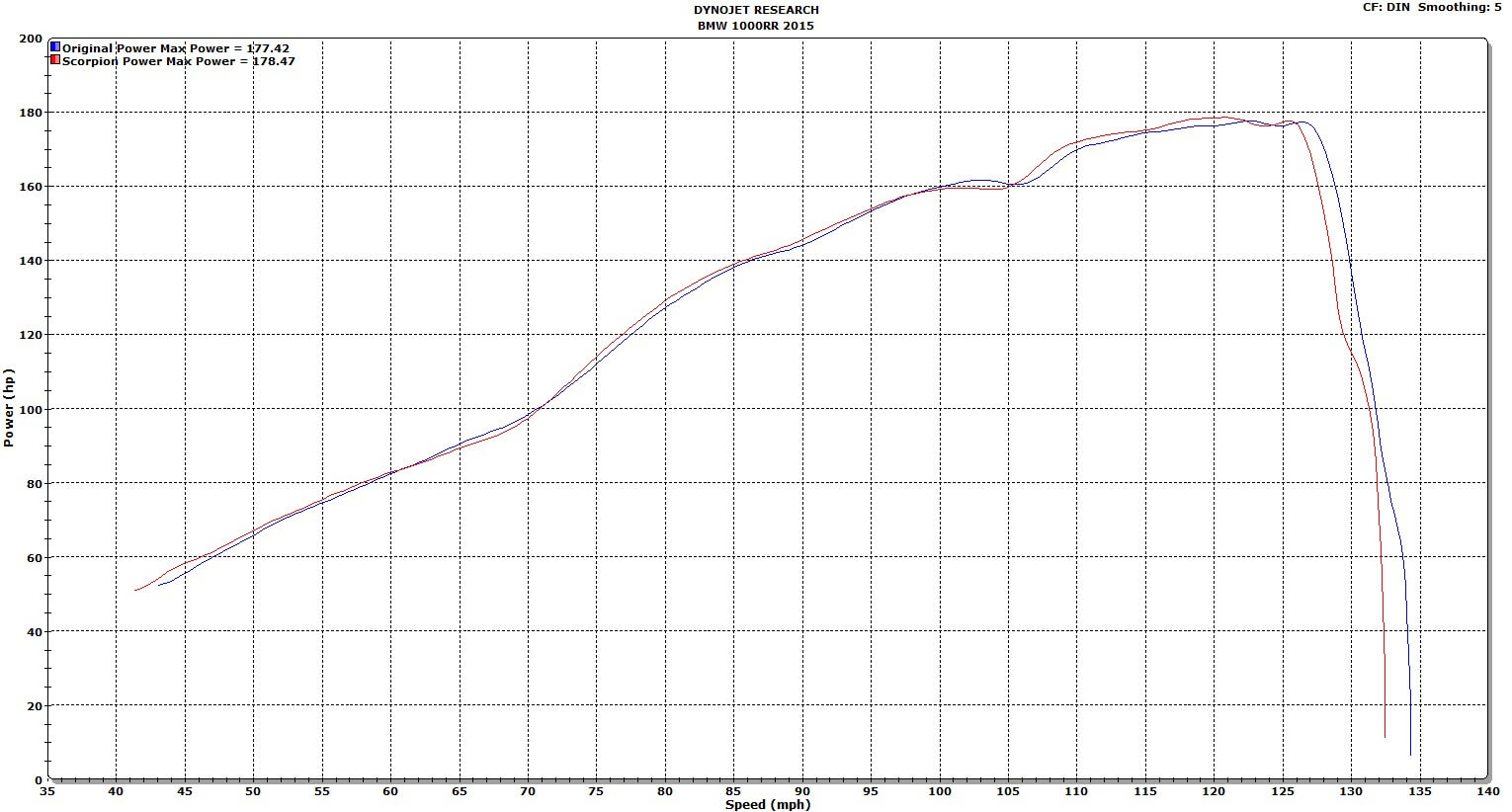 Look I am no pro mechanic but I did race bikes for many years and got my fingers dirty a good couple of times to know that there is a direct benefit when taking off the standard exhaust that comes from the factory and putting on an aftermarket motorcycle exhausts – Its gonna save you weight and with that being said a saving in weight equates to better handling and a lighter bike. I personally enjoy a lighter bike especially when it comes to overall ability to just flick and ride smoothly it does make it easier. So im not gonna go into exact figures as it will differ for all bikes but yes you can expect a weight saving benefit and if you consider this to be something you see value in then great – I certainly do. This leads us to the last topic I am gonna include …..

One thing that has amazed me throughout the years is that as the Sport bikes and Harley Davidson motorcycles have evolved it would appear as though the exhausts have just gotten uglier and uglier and yes uglier. Really the standard exhaust doesn’t look good its just an eye sore and I understand that its been crafted in a certain kind of way due to emission laws etc but I thank the manufacturers of the mega brands of motorcycles for producing such ugly standard exhausts as this leaves a market open for my kind of business and industry. Really though in this case i will give my honest opinion – it just doesn’t look good or even cool if you’ve just dropped i would imagine a huge sum of money on a brand new superbike and you’ve still got a set of standard exhausts on the bike. Yes their is some bias here and agin please this is my opinion but i stand by it – change your exhaust its the right thing to do. No seriously its up to you I listed some of my points of view and hopefully this will inspire you to make the decision or perhaps not either way thank you for reading this far and ride safe…

Some links you may find of value